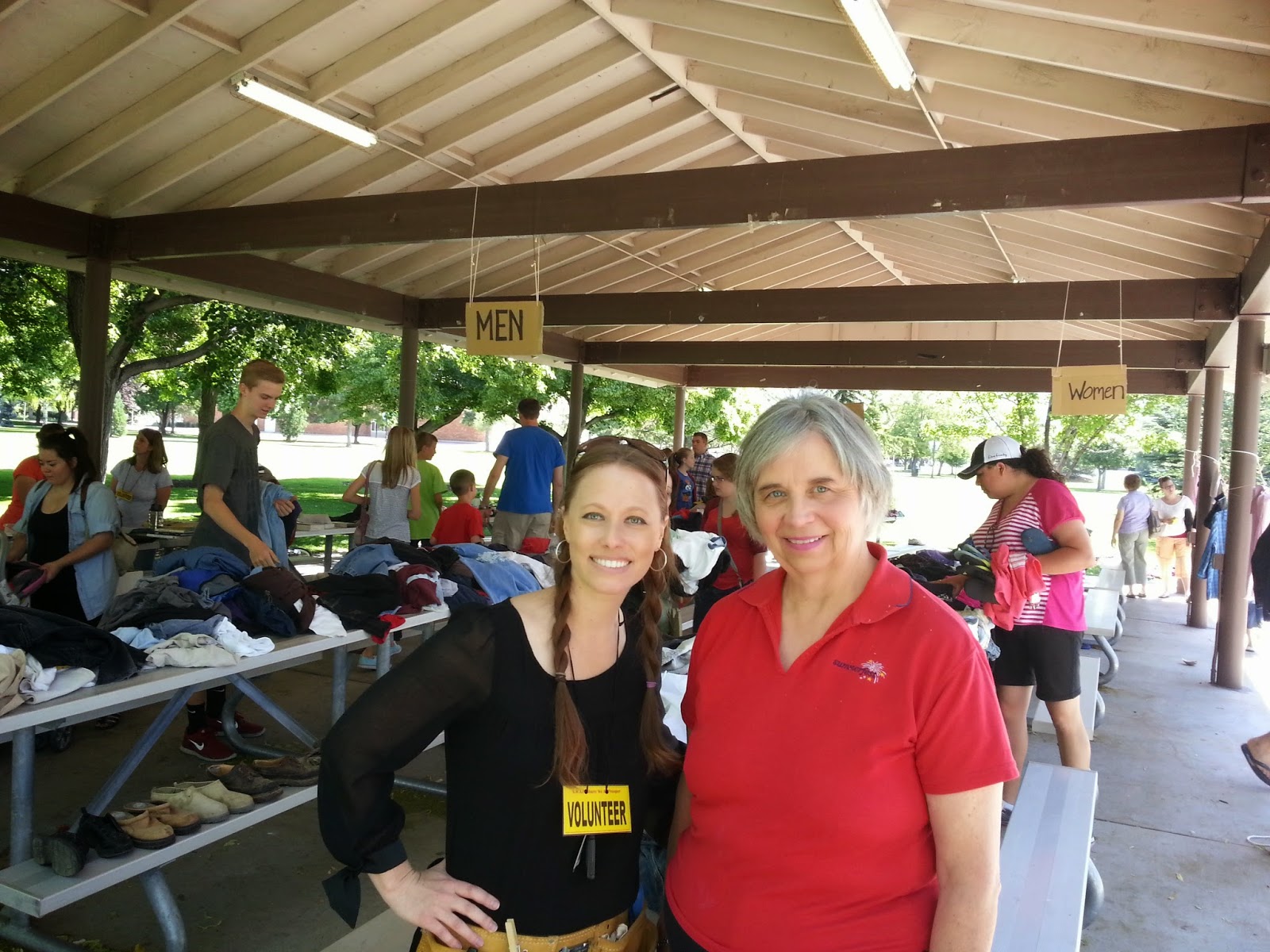 Originally from the Bay Area in California, Sarah has called Utah home for over 15 years. In that time she has emerged as a quirky--yet lovable--green living enthusiast. Few people list garbage-monitoring as a hobby, but she finds it oddly thrilling. In 2012 her family of 5 took the garbage bin to the curb only 4 times for disposal. She enjoys the challenge, but completely understands that it's, uh...weird.

Sarah enjoys writing, traveling, photography, dancing, multiculturalism, and exploring the natural world. She combines her several related interests by writing at her principal blog: Desert Green Goddess (http://desertgreengoddess.blogspot.com/). This is where she writes about greeniness, earth, and world.

Sarah organized the first iteration of the Community Free SWAP in her extended neighborhood in 2005. In 2012, she moved the annual event (now twice-annual) to the city center and expanded the invitation list to include, well, everyone. In 2013, while she and her husband and their three children were living in Singapore, she enlisted help from her good friend Kerry to keep the Free SWAP going in her absence. Back in Utah again, Sarah loves working with Kerry as they seek to fulfill the Community Free SWAP dreams. 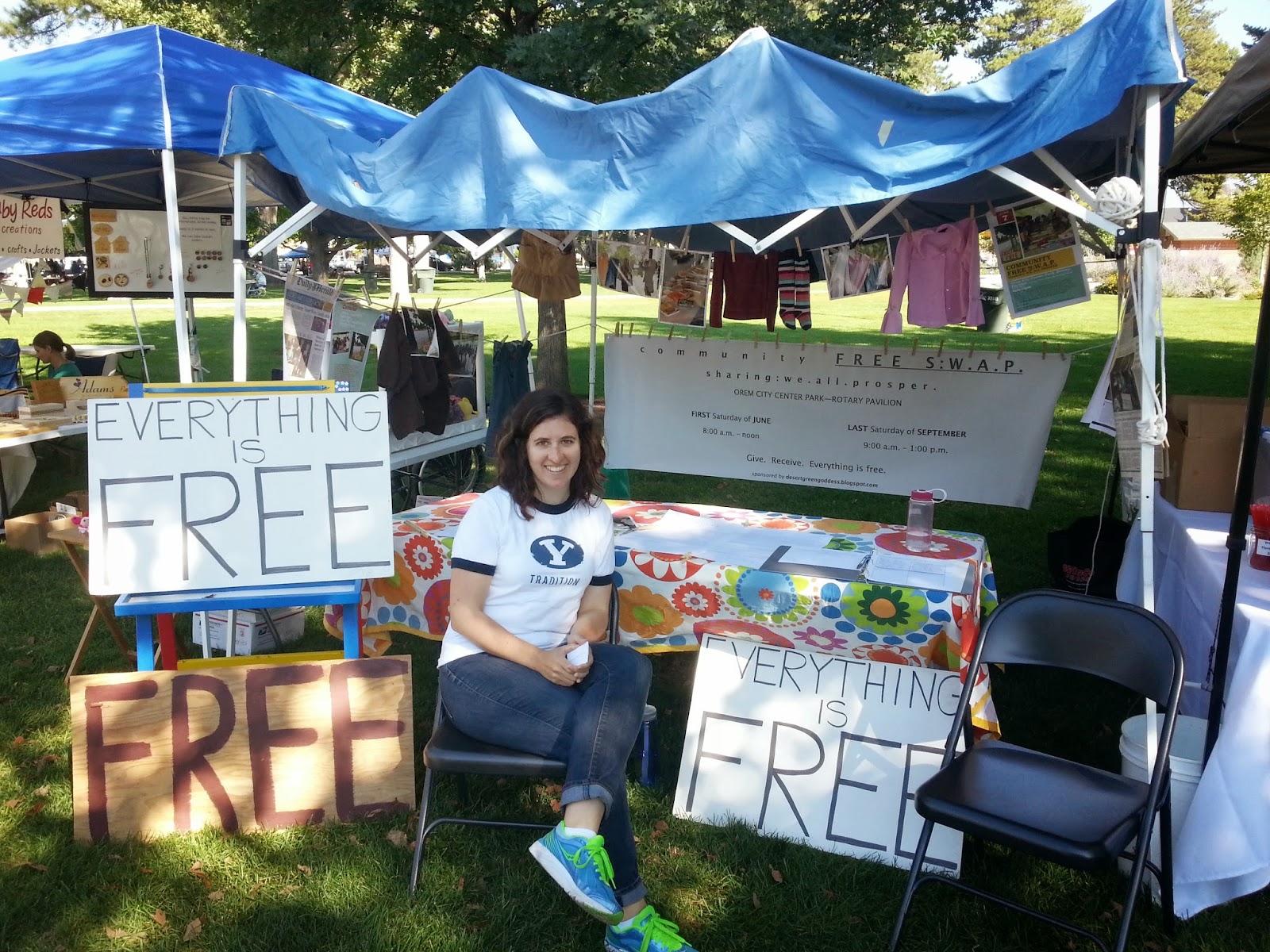 (Kerry promoting the Free SWAP at the Provo Farmers Market)

Serving the community and helping to organize the Free SWAP is just one of Kerry’s hobbies. When she’s not organizing a swap, Kerry also enjoys running, yoga, catching up on her favorite tv shows with her husband, and finding new restaurants that serve gluten-free food (Ah! The curse of having Celiac).

Kerry’s favorite chores are grocery shopping, vacuuming, and laundry. She loves having a clean bathroom, but doesn’t particularly enjoy doing the cleaning. This is why the bathroom will sometimes go weeks (literally) without being cleaned (who admits such a thing?!).

Kerry loves participating in the Free SWAP because it’s very rewarding to facilitate the connection between those who have something to give and those who have need to receive and believes that small community service is a great way to make a difference in the world.  As Sarah often says, we do this because we love getting paid in sunshine, rainbows, and unicorn kisses.