Awhile ago I had talked to Kerry about how we should make a promotional video. The visual element, music, and text could really enhance our ability to show what a free swap is.

Problem was: neither one of us had training/experience in video editing.

I tried to teach myself for awhile, but life happened and that tutorial got put on hold.

But Kerry came through! She grabbed some of the time-lapse video her husband had recorded last year and put it to music, some still shots and some text, and bam! Video.

So check out our new YouTube video and share it around!
Posted by Sarah at 8:27 AM No comments:

Email ThisBlogThis!Share to TwitterShare to FacebookShare to Pinterest
Labels: Promotion

Fall SWAP Coming Up in Orem!

Pass the word along! You can point people either to:

you can print out flyers and pass them around or post them up at work, church, school (get permission first, if necessary)

Looking forward to it!
Posted by Sarah at 1:13 PM No comments: 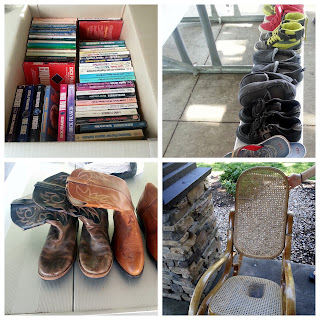 I really wanted to be ready for this.

I set my alarm for 5:30 so I could get up, pack the car and arrive at the venue by 6:30 for set-up. Now, I felt I had to stick to this arrival time because I had told potential volunteers that I would be there. At. That. Time. One wee challenge: the night before, I had gotten home pretty late and was exhausted.

After a few hours of sleep, I heard a mysterious knocking...which was concerning because my children were at a sleepover with my parents and my husband was in Tokyo on business. I was alone in the house. Annoyed about waking up prematurely, I took a quick peek at the clock to see how long until my alarm was set to go off.

Well, *that* woke me up. (A big "Thank You" to my Subconscious for knocking on my brain's door!) Clothes. Pack. Drive! 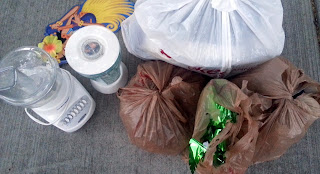 {mysterious donations I found outside my garage--if this was you, let me know. And thanks!}

Anyway...after a few mishaps with the city sprinklers (I hadn't showered for the day yet, so, bonus!), Kerry and I got everything set up at the new venue. 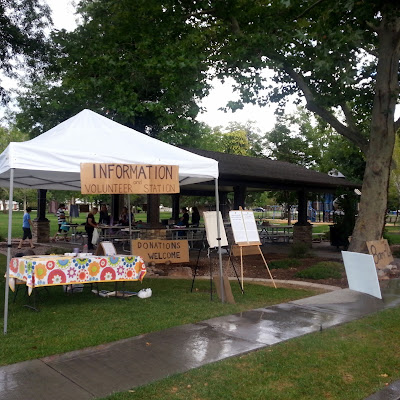 The fella who lived kitty-corner to the park was curious about what it was that we were doing. We told him. He came back with... 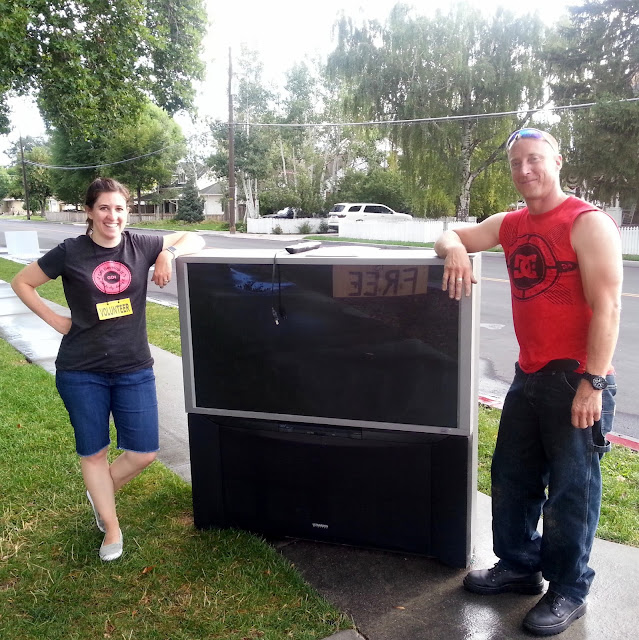 {Thanks for your support, Kevin!}

Talk about a great start! Wow!

It was a lovely day and the venue was nice. Though it's a well-known park in Lehi, it doesn't have the volume of car-traffic that we're used to seeing at the Orem location. Overall numbers were lower than we had hoped, but some great donations came in and some great folks came in. Not only local folks, but people from up north in West Valley, Cottonwood Heights, and Midvale. 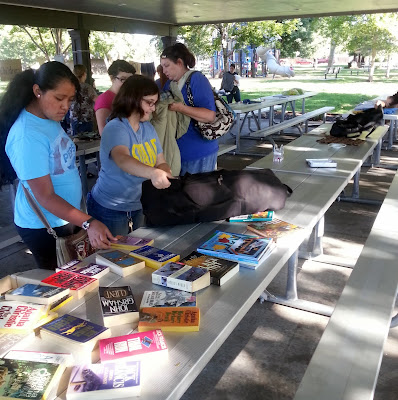 {I was just about too slow to get this: a donation of a sleeping bag and tent came in and were snatched up immediately!} 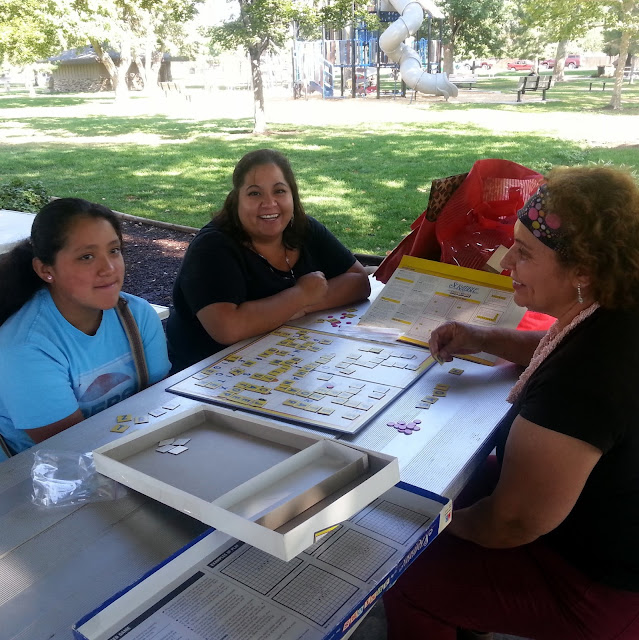 {This was delightful: these ladies, interested in possible other donations that might still come in, passed the time by playing a Jr. Scrabble game that had been donated. Perfect! I loved it.}

It was fun to see old friends and previous Free SWAP volunteers--didn't get photos because I was too busy chatting--and meet knew folks and hear their stories. From the mother on a fixed income trying to support her family to the woman who told me about the food shortages that her parents and others are experiencing--that's right, present tense--in Venezuela. (Look it up. I was stunned. What?!)

And the diversity of donations always puts a smile on my face. From our first donation of a large TV, seen here with its new owner... 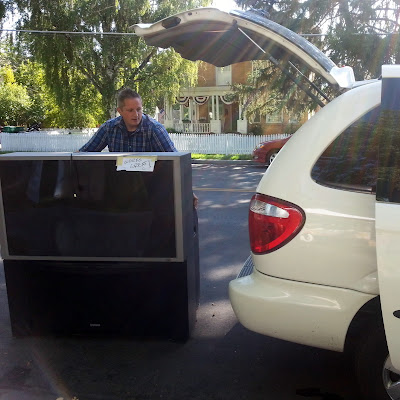 ...to the humble and somewhat comical donation of a fully-loaded kitty litter box. (Thanks, Jill!) And, yes, someone, ahem...scooped that one right up! I love it! 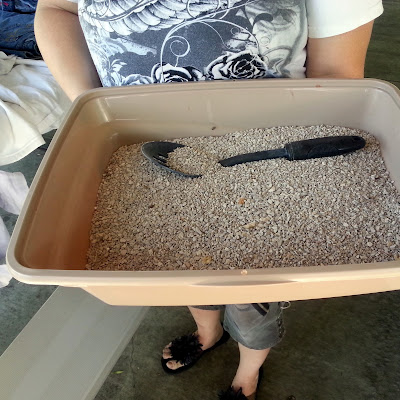 One of my personal favorite donations was the antique sewing table/machine. I'm not qualified to determine its value, and I don't know how well it actually sews, but it was a beautiful piece of history. The donor had tried to make sewing work for her, but her time and energy were already claimed by her small children (and one on the way), so she had decided to simplify her life and pass along the machine to someone else who could give it a good home. 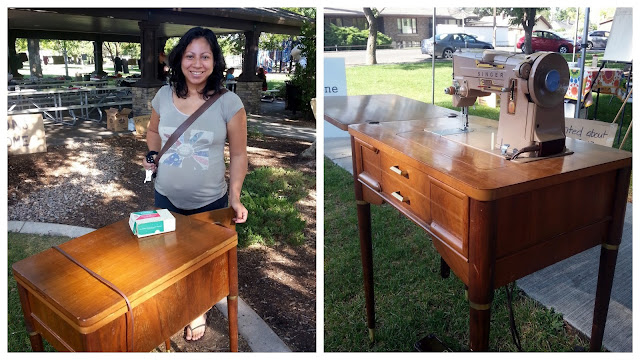 {Thank you for sharing!}

As things wound down for the day and we started to pack up remaining items, one guest remembered that her friend had been gathering donations for the FLDS refugees in Southern Utah/Northern Arizona. Usually these women and children have nothing but the clothes on their backs and nowhere to go.

Yes! We would love to send the women's and children's clothing for that cause!

It's easy to think that there is no genuine *need* in the richest country in the world. Not true.

On Facebook a couple of weeks ago a friend posted a link to a speech given several years ago by Arthur C. Brooks at Brigham Young University, "Why Giving Matters." Interesting read.

While finishing, I found this T-shirt: 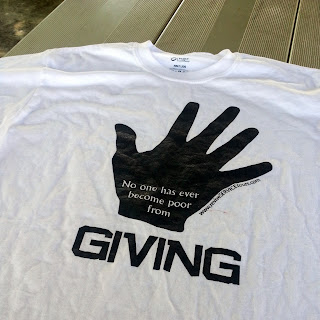 Thank you to all who came, who donated, who brought their friends and families, who shared their stories. Thank you, Belinda, for volunteering pretty much the whole day!


Go to our Facebook page to see a photo of a young guest who had fallen into a puddle and needed a new, dry outfit. Free SWAP to the rescue! Her creative mom found a dress-sized black T-shirt, black belt, sparkly black tights--a rockstar was born! Darling.
Posted by Sarah at 12:15 PM No comments: